Yancey Jones returns to Aspire as Sr. Director of the Kansas FRMC

Yancey Jones has returned to Aspire as Senior Director of Ticket Sales & Service of the University of Kansas Fan Relationship Management Center (FRMC) in Lawrence, KS. Jones oversees all operations at the FRMC including the recruitment, training and retention of employees, implementation and execution of sales programs, and overall business growth. 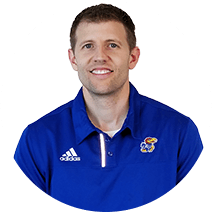 Jones was previously General Manager of Ticket Sales & Service at the University of Missouri, where he helped start the operation, and in just five months his team generated over $1,000,000 in new ticket and donation revenue. Before Missouri, Jones launched Aspire’s Colorado State University (CSU) FRMC where the Rams saw the 2nd highest average football attendance in 10 years, a 25% increase in the number of full season seats, and a 31% increase in season ticket revenue.

The Milan, Missouri native graduated from Missouri State University and has previously held Director roles with the St. Louis Blues and the Dallas Mavericks.