The Aspire Group has selected Jay Miller as the Manager of Sales & Service at the University of Akron. Miller will oversee Aspire’s newly established Fan Relationship Management Center (FRMC) that is responsible for new sales and retention for all Zips’ ticketed sports as well as increased philanthropic support for the Z-Fund. 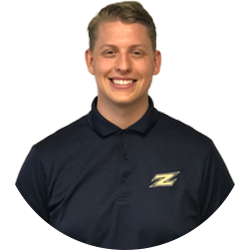 Miller joins Aspire after serving as the Director of Ticketing with the Lake Erie Crushers baseball team in Avon, Ohio where his team surpassed the season, mini-plan, and group ticket sales numbers and hit their annual goal in the first 18 of 48 games of the season.

Prior to the Crushers, Miller was the General Manager of Ticket Sales at the University of Alabama at Birmingham (UAB) when the football program was reinstated and set a single-game attendance record of 45,212 with help from a 1,200-person group Miller organized.

Miller transitioned to UAB from the University of Akron where he started as an Account Executive and was promoted to Senior Account Executive in a year. For the 2015-2016 men’s basketball season, Miller brought in $15,000 in new season seat revenue which contributed to an overall increase of 66% from the previous season.

The native of Akron, Ohio also worked for the Cleveland Browns (NFL) and Washington Wild Things (Frontier League). Miller graduated from the University of Akron with a Bachelor of Arts in Sport Studies Sport Management and Coaching in 2012. He is an avid Cleveland sports fan who enjoys playing basketball, cooking and photography.