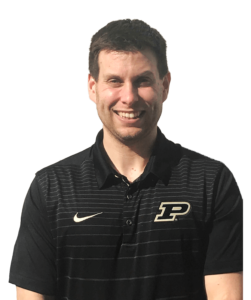 Kronander started his career with Aspire as the Director of Sales & Service at the Army West Point FRMC. During his tenure, Army West Point had the highest single-season revenue for lacrosse, basketball, and hockey as well as a 10 percent increase in football season ticket sales from 2016 to 2017.

Prior to Army West Point, Kronander built the University of Tulsa’s outbound sales function where he served as the General Manager of Ticket Sales. During his first football season, group revenue increased by 30 percent. He moved to Tulsa after three years as the Sales Director for the Albany Devils.

A Cleveland, Ohio native, Kronander graduated from Ohio University with a degree in Sports Management. He and his wife Michelle have an eight-month-old son, Gabe.