Jonathon Brooks joins Aspire as Manager of the Portland FRMC

Jonathon Brooks has been named the Manager of Ticket Sales and Service for the University of Portland Fan Relationship Management Center (FRMC). Brooks will oversee the FRMC staff who will be responsible for new sales, service and retention and the solicitation of stand-alone athletic donations for the Pilots. 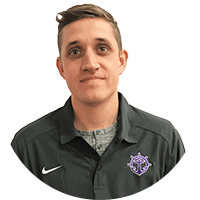 Brooks is transitioning into his role at Portland after serving as the Director of Marketing and Sales for the Athletic Department this past year. Before being promoted to Director, he was the Marketing and Promotions Manager for Portland Athletics, where he and his team were recognized by the National Association of Collegiate Marketing Administrators (NACMA) for Best New Marketing Idea/Concept (2015) and NACMA Bronze Award for Best Single-Day Attendance Promotion (2014). Brooks also received the 2011-2012 NCAA Pack the House Challenge Award Winner for Best Marketing Plan.

Before making his way out west, Brooks served as Marketing Assistant for the Memphis Redbirds, the Triple-A affiliate of the St. Louis Cardinals, for the 2011 season and Marketing Intern for the Detroit Tigers during the 2010 season.

The Michigan native graduated from Michigan State University in 2009 with a Bachelor’s degree in Marketing in 2009 and received his MBA from the University of Portland in December of 2016.