Tramayne Russell has been selected as the Director of Sales at the Atlanta-based Los Angeles Chargers Fan Relationship Management Center (FRMC). In conjunction with the StubHub Center FRMC in Los Angeles, the Chargers’ staff is responsible for generating new season ticket sales in advance of the inaugural season after relocating from San Diego. 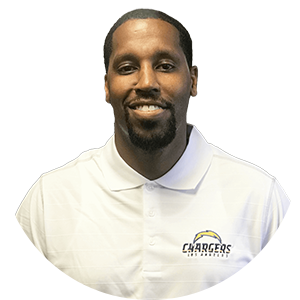 Russell comes to Aspire after serving as Sales Manager for the PGA TOUR where he led a staff charged with hospitality and sponsorship sales for the TOUR Championship at East Lake Golf Club in Atlanta, GA. Prior to the PGA, Russell was a Senior Sales Manager for Van Wagner Sports and Entertainment’s team that generated approximately $50 million in new premium seating revenue for SunTrust Park, the new home of the Atlanta Braves.

Russell joined Van Wagner after 10 seasons as a Premium Client Services Manager with the Orlando Magic where he managed premium clientele as well as oversaw and established protocols for two premium event-level club spaces in the team’s new Amway Center in 2010.