The Aspire Group has named Drew Maulsby as the Manager of Sales & Service of the new on-campus Fan Relationship Management Center (FRMC) at the University of Northern Iowa (UNI). Maulsby will handle the day to day operations of the FRMC including oversight of the staff and the development and execution of UNI’s ticket sales & service initiatives. 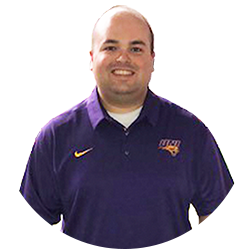 Maulsby served as the South Texas Regional Sales Manager for Dippin’ Dots before joining Aspire, where he helped put the region on pace to grow by at least 10% by the end of 2018. Maulsby was also able to volunteer in the relief effort for customers in Houston, Texas after Hurricane Harvey.

Prior to Dippin’ Dots, Maulsby worked for several minor league clubs including the Round Rock Express and Sugar Land Skeeters in sales and sponsorship positions. In 2016, his sponsorship team at the Skeeters exceeded its annual sales goal by over 40%.

Maulsby began his sports career in Houston with the Astros as a sponsorship intern after graduating from Sam Houston State University with a degree in Kinesiology (’13). As a Houston-native and dedicated Astros fan, one of his favorite sports memories is when he attended Game 7 of the 2017 ALCS when the Astros clinched their first World Series trip since 2005.